Gallery of Saws
Just a sampling of a few of the hundreds of saws I have sharpened, repaired and restored over the last few years. 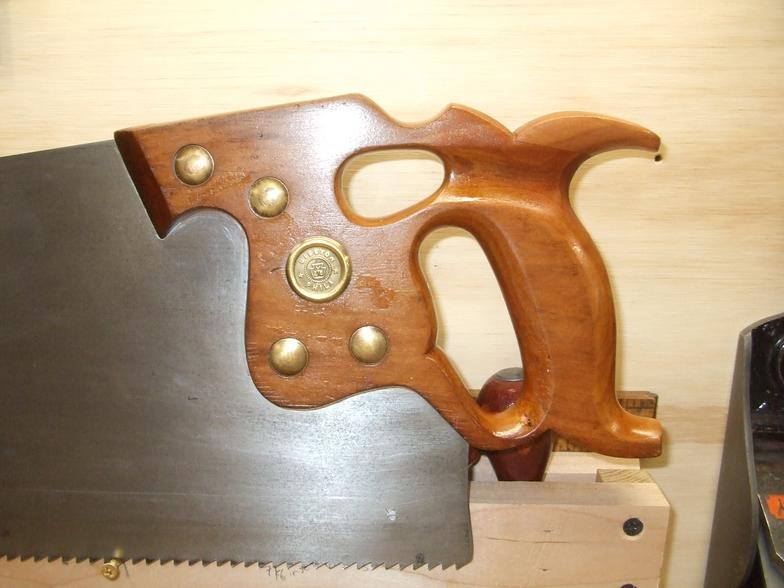 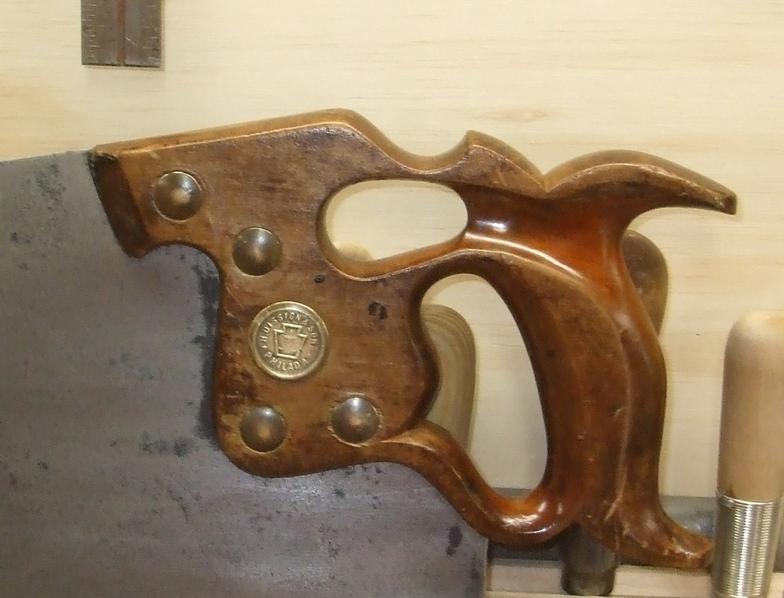 Disston D8 c.1880s - 28 inch, 5pt rip: Another nice thumbhole...this one was for my friend Mark Harrell of Bad Axe Toolworks. It was in awful shape when I found it, but quite nice after some cleaning and filing. 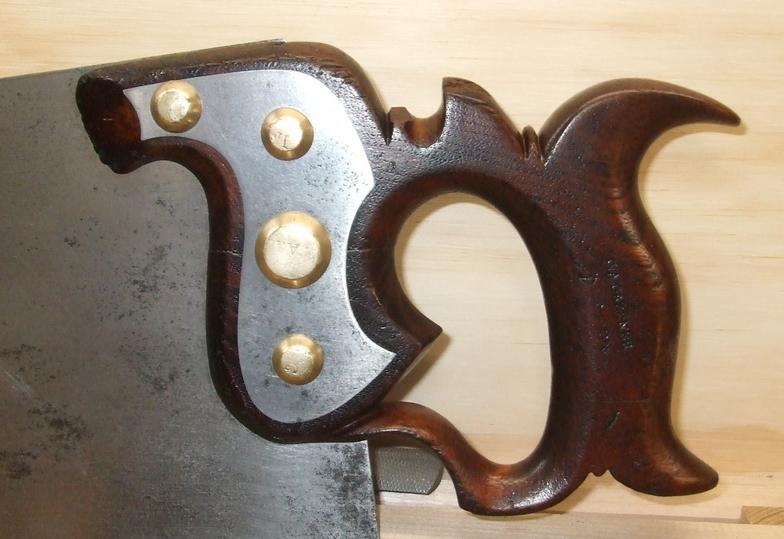 Walter Cresson handsaw c.1850s - 26 inch, 6 pt crosscut: I found this rare saw in a bucket of rusty tools. Note the replaced upper horn on the handle in walnut and the handle plate with raised brass screws. 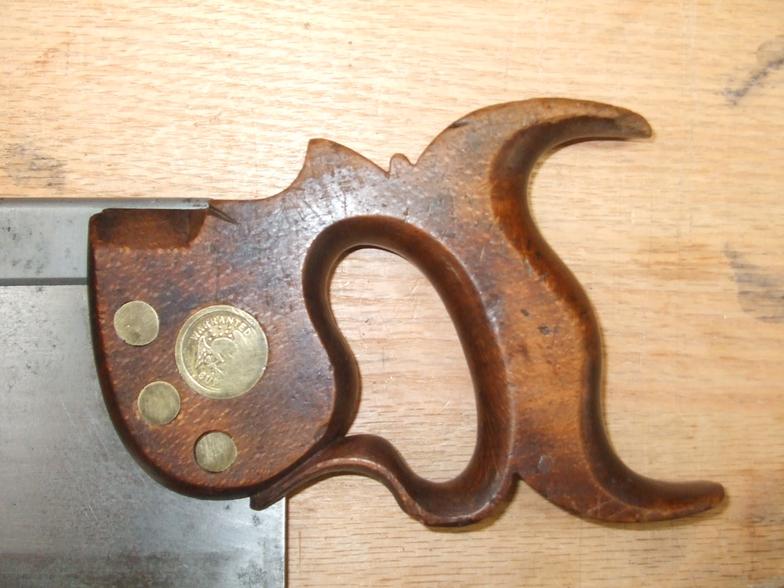 Thomas Tillotson backsaws c.1850s - 9inch, 15pts & 18inch, 10pts: Tillotson was a tool dealer in Sheffield and did not make saws, these two may have been made by Taylor Bros. Tillotson was a high end dealer and the Federal Eagle on the larger saw may suggest it was bound for the American market. 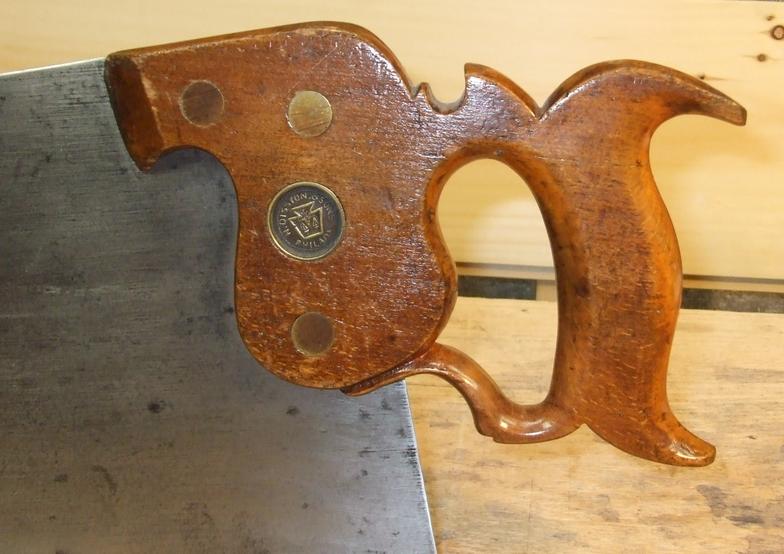 Disston #7 28inch 3.5pt rip c.1870s: This is one of my favorite saws. The handle as broken clean in two right above the grip and I replaced a portion of the lamb's tongue with new beech. An awesome and rare saw only made in this form between 1871 to 1874. 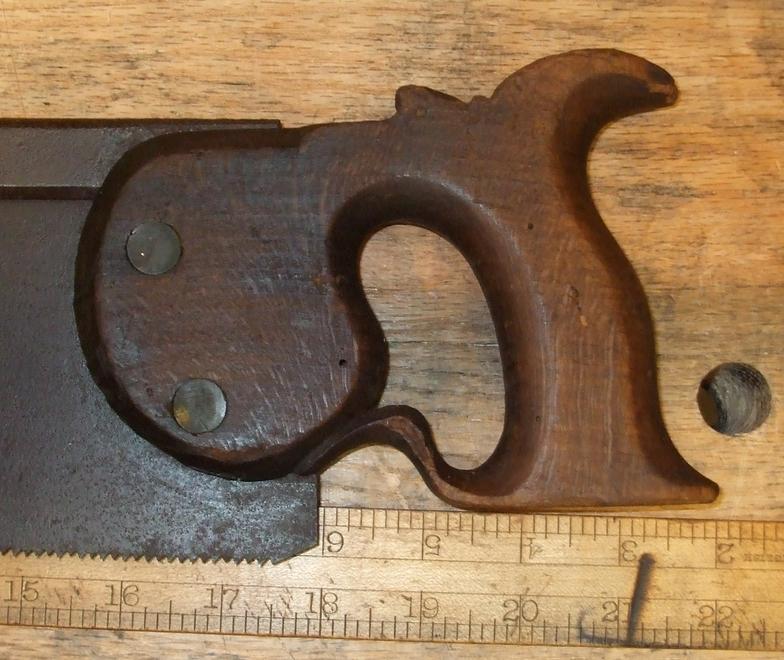 Kenyon & Sykes Co. 18 inch tenon saw c.1815: This is a very nice old tenon saw, with a very scarce mark. An incredibly impressive saw in a massive 18 inch form. The handle alone is worthy of studying for hours on end. I love the rounded nose on the cheek where the back mortise slot is cut. The makers stamp is slightly mis-struck over the bottom of the back, but clearly legible. A simply amazing find!
Richardson Bros. #15 26inch handsaw c.1860: These early Richardson saws are downright sexy. This one would have been a higher end Richardson model as indicated by the 'Extra Spring Steel' mark on the blade. Look how the top of the handle has the near vertical drop down as it transitions to the upper cove detail...this is a classic indicator of an early American saw. They don't get any cooler than this! 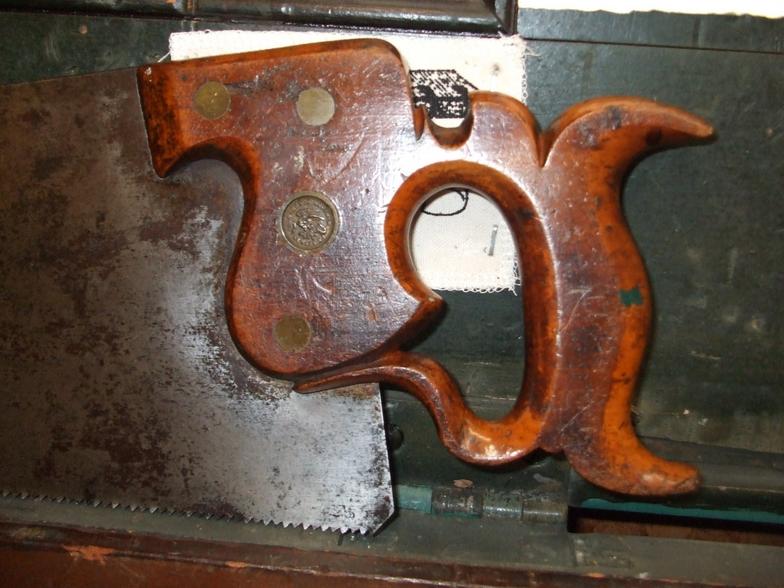 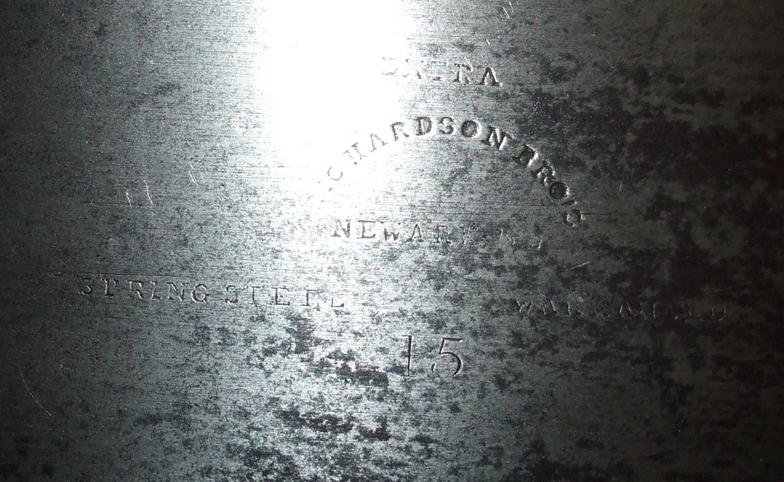 Harvey Peace handsaw 24 inches, feat. Tenney pat. c. 1885: This simply wonderful little saw is quite rare and features a patented handle connector by Cornelius Tenney. Harvey Peace expert Josh Clark told me he's only seen two others like it in over ten years...quite scarce indeed. The owner of this saw stated that it belonged to his father and had it restored upon his passing. It is filed for crosscutting with 7 points per inch, 15 degrees of rake and 25 degrees of fleam. The let-in handle made for one of the most nicely balanced saws I've ever used. Truly a priceless saw. 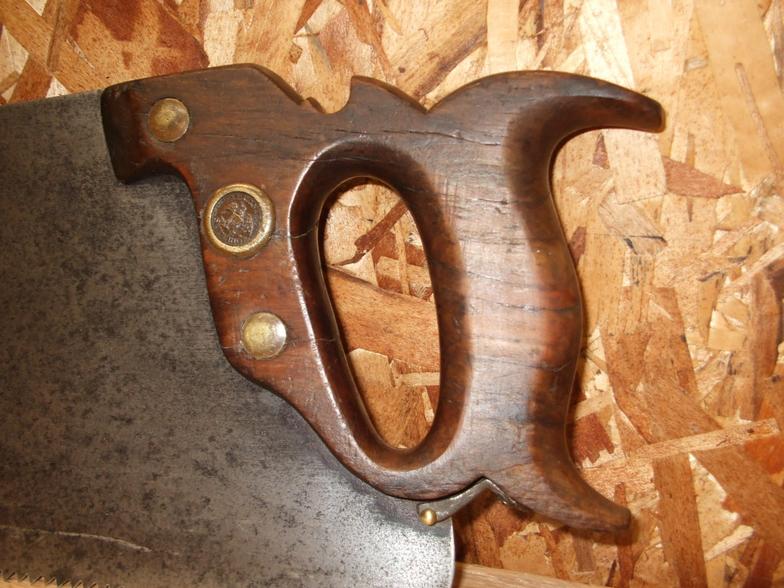 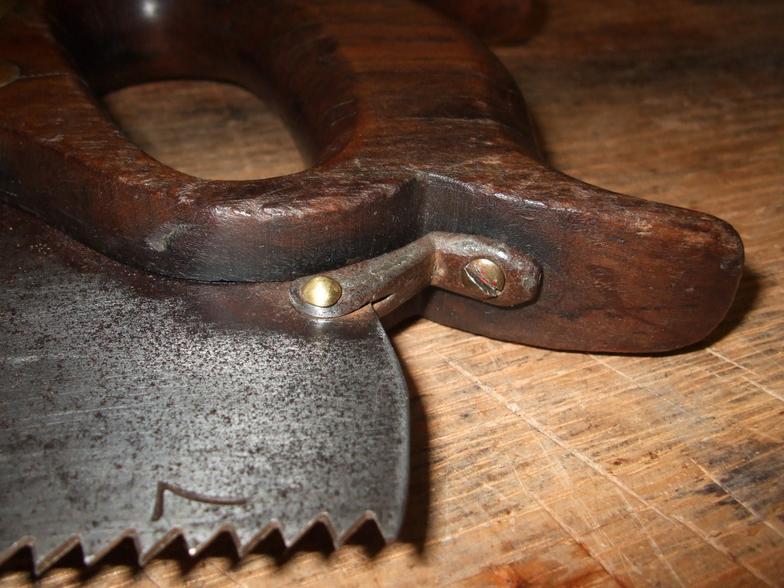